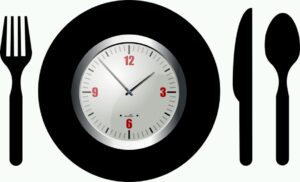 Fasting or intermittent fasting (IF) appears to be very popular these days. The term frequently crops up in association with ketogenic as well as low-carb diets, and is often also advocated by alternative medicine practitioners for various conditions.

But is enthusiasm about intermittent fasting justified?

The first thing that one should consider is that a person suffering from a chronic disease usually also suffers from multiple nutritional deficiencies. Overfed people are, surprisingly, often undernourished as well. Blood levels of vitamin D, for example, are inversely correlated with the degree of obesity (1). The same is also true for magnesium (2) and a wide range of other micronutrients (3).

People with chronic diseases, even if not obese, frequently also suffer from nutritional deficiencies including essential fatty acids, essential amino acids, magnesium, vitamin D, vitamin C, and zinc, to name but a few out of the several hundred of micro and macronutrients (4).

However, these artificial supplements, including the additives found in pills, negatively affect the normal function of biological membranes, including the permeability of the intestines, of the blood-brain barrier and of the placenta, and thereby contribute to ongoing maintenance of the disease. Thus it is unlikely that vitamin and mineral supplements will fend off the negative effects of fasting.

If one fasts and feels better, this is likely due to the fact that fasting might exclude or reduce the food components that are causing symptoms. These may include milk and other dairy products, sugar, gluten, lectins, protease inhibitors and a variety of other compounds found in plants and food additives. But if you fast you might also be excluding food components that are essential. Therefore, the benefits of fasting are likely to be transitory.

FASTING IF YOU ARE ON A CARBOHYDRATE-BASED DIET If ones normal diet is based on carbohydrates, then fasting might result in significant side effects including fatigue, drowsiness, extreme hunger, headache, sweating, dizziness, muscle cramps, concentration problems and visual disturbances. These symptoms arise because the number of mitochondria, which are needed to produce energy within the cell, is low as a result of the carbohydrate-based metabolism (6).

Another reason for these symptoms could be because the upsurge of ketone bodies in the blood results in a pH shift that is difficult to counterbalance by the calcium and bicarbonate buffer systems of the body.

A third possibility for the neurological symptoms could be because the brain needs a longer time to adapt to the cessation of glucose supply.

FASTING IF YOU ARE OVERWEIGHT Despite the considerable amount of energy stored in fat tissue, during fasting a shortage of energy arises. This is because mobilization of fat from fat stores is delayed due to the low number of mitochondria. In this initial period, the body forces glycolysis by using the glycolytic amino acids that would be needed for other processes of the body. This could be viewed as a qualitative type of starvation that causes more harm than good.

FASTING IF YOU HAVE A DISEASE If you are suffering from a chronic disease there is really no reason to take up fasting. Introducing a ketogenic diet with a fasting period does not confer any advantage over starting the ketogenic diet gradually or abruptly.

After two days of fasting the original symptoms may flare up. Following the depletion of liver glycogen stores an energy deficiency will emerge. Also, pre-existing nutritional deficiencies might get aggravated. This is, obviously, not healthy – a Crohn’s patient already suffering from malabsorption comes to mind. And the same might also be true for a cancer patient with iron deficiency anaemia. In these cases fasting might only fuel their pre-existing condition.

Instead of fasting or intermittent fasting, rehabilitation of chronic diseases should rely on inducing and maintaining a ketogenic state during which everything that is needed is supplied, and that which is not needed is not supplied. Thus all that one needs is nutrition covering but limited to ones needs.

This is the diet shaped by your evolutionary past and is the only way of curing diseases. dr. Csaba Tóth
The author is a physician from Hungary with 20 years experience in intensive care medicine, internal medicine and family medicine.