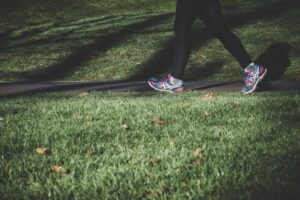 14-year-old Isabella was diagnosed with juvenile idiopathic arthritis. We’ve known Isabella and her family for 12 months already, and have witnessed all the phases of her improvement. No doubt that it is much better when a 14-year-old, following a diet that may sound extreme for the majority of people, is not left alone. But a dedicated family is not enough without the will of the patient whatever age he or she is. After a year, Isabella, tells us her story and shares her experience on the PKD healing journey. 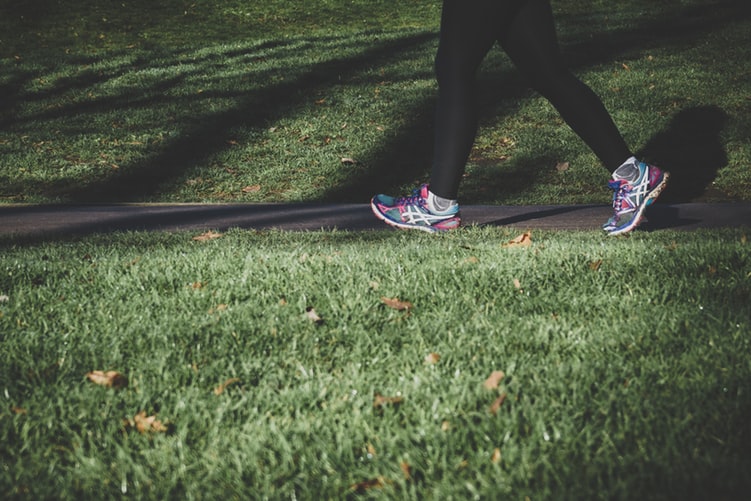 Hey, you! Yes, you, the one reading this passage. Do you or anyone you know have health problems, especially autoimmune diseases? Did your doctor recently tell you that the conditions are deteriorating or you’re feeling so much pain, physically and/or mentally? Are those diseases just as bad as asthma, arthritis, anxiety, obesity, high blood pressure or anything else that could plausibly lead to health failure? Well, you’re reading the right passage! In this documentary, I shall share my experiences when it comes to curing diseases and how I managed to make my conditions become kaput. So why don’t you just sit back and get comfortable while I, fourteen year old Isabella, explain my years of suffering autoimmune diseases and how I cured them within just a few weeks and no longer needed medication.

I was eight years old when the whole disaster prefaced. I’m pretty sure this happened at the beginning of the school year, but for the first time in my life have I experienced such physical pain. I couldn’t walk for days, and the number of hospital visits jetted through the roof when my mother knew something was wrong. I had to be put in a hospital bed and the pain was unimaginable. It was all a blur and I was so young back then, but I can still recall some moments of those events. Apparently, the doctors have concluded that I had oligo-articular arthritis on my wrists, ankles, and hips. They eventually had to put me on medication. Two kinds, actually. One was Naproxen, which I would take every single day, except Friday, after breakfast and dinner. The other, Methotrexate, I would take on Friday nights before bed. Why on that date? Because the side effects of the Methotrexate were absolutely sickening, so that way I would take it easy during the weekend. This went on for a few years, but eventually I didn’t experience as much pain as I once did. I had later on had to stop taking the Naproxen for some reason, I don’t remember why. But the horrible Methotrexate still had to be taken, and now I understand more on its side effects. Even thinking about it now makes me flinch and want to vomit.

Methotrexate calms down the inflammation of my arthritis, but at the same time, it damages my liver, which I did not know until I was told a few years later.
The side effects of the drug were absolutely sickening. It had a horrible aftertaste, and no matter how much water I drink to flush it out, it’ll always remain for the next days. After consumption, Methotrexate would give me nausea, headaches, possibly fevers, and weakening of standing up. Not only that, along with the hateful aftertaste, it gave me a problem with my saliva. My mouth felt like a leaking faucet when the saliva floods my mouth. I even remember one time after taking the Methotrexate, every time I moved a muscle, I felt like throwing up.

At the same time when I got the arthritis, I was diagnosed with celiac (wheat/gluten intolerance). Coincidentally, my older brother, who has anxiety and depression, was diagnosed with the same thing before me. It wasn’t long until my mother threw every product that contains gluten out of the house and replaced it with gluten free products. I didn’t really notice a difference when it comes to switching gluten to gluten free, so I immediately adapted to it. Later on, there were breaking news that I had eliminated the arthritis in my wrists, ankles and right hip. But the left hip still remained. I eventually began to feel pain again, but this time it wasn’t autoimmune. I was checked in, then the doctors have finally found the answer. Necrosis on my left hip, a physical condition. But that’s not our main focus now.

One time my mother bought gluten free Honey Nut Cheerios, and I couldn’t walk for days after the consumption. It turned out that the cereal was not one hundred percent gluten free, it was probably machine processed. Which was why we had to make sure that our bought products were certified gluten free. But the elimination of gluten wasn’t enough. A few years later, we eliminated dairy, but it still didn’t work. Neither did eliminating grain. And neither did switching to a diet with nut flour and nut milk instead of grain and dairy. My mom went crazy, spending six years to find what could possibly be a solution. What could possibly be the answer to our problems? There has to be an answer, there’s ALWAYS an answer…

It wasn’t until mid January 2019 when my mom finally found a Hungarian doctor, who had cured all of her autoimmune diseases just through a special diet. My mom, one day letting my brother and I skip school, scheduled the appointment of talking to the doctor on that day. We had a screen to screen talk, and it took about three hours, but it was worth the information. My mom wrote all the important details down of the doctor’s explanation and recommendations. By the time we were done talking, I was honestly scared about going on this diet because I thought I would never get used to it, but we had no other choice.
We basically had to measure our glucose and ketosis rates through a gadget that can scan through drops of blood. Yes, we pricked our fingers with an instant needle, sort of like a thumbtack.

After a few weeks of this process, my mom gladly told me that I no longer had to take the Methotrexate. What a surprise that was! This process only needed a few weeks to be done, then the rest of our lives will we be eating truly healthy.

I also noticed that I was becoming leaner in my appearance. I felt more curves, and it felt great. Even my brother had cut back on his medication for anxiety. As for the depression, he concluded that it can be dealt with exercise.

Not only had the diet help with my physical problems, it actually also helped with my mental mood. I felt more aware, more able to concentrate, and less sad.

My mom and I once went to the hospital after doing the diet for a checkup, and boy we wished we could’ve taken a picture of the doctor’s face. He was blown away from how well I became in such a short amount of time. He was baffled to know that everything he knew about nutrition was wrong. And that’s all thanks to the Hungarian doctor! Now is my turn to help people by sharing my experiences on what to eat to earn a healthy body.

• Eliminate everything that could be inflammatory and/or contains oxalates. (products that contain oxalates are okay every once in a while, but it’s best to avoid it)

• The rates of glucose and ketosis can be measured by a certain gadget, make sure that the glucose is below five, and the ketosis above two. Check it every day to keep track.

• With every one hundred grams of meat, you also must eat 30 grams of animal fat.

• Once a week, eat an organ meat. An excellent source of vitamin D and other benefits is animal liver.

• Continue this process for a few weeks until you feel a huge difference in you physical and/or mental health.

• Once done, you can go back to eating certain things (such as fruit or sugar), but LIMIT yourself. Especially on products made with oxalates, which can cause kidney stones if eaten too much.

• Avoid all inflammatory products as much as you can. The most inflammatory are gluten, dairy, grain, legumes and nightshades.

Let me describe what I specifically eat on a daily basis. For breakfast, I eat steak (I’m really fond of tenderloin steak), bacon (cooked in animal fat, NOT BUTTER. I LOVE CRUNCHY BACON!), and sometimes pieces of liver. For lunch, I eat burgers (NO toppings, NO bread, NO cheese, just the meat!) and/or leftover pulled pork.
Finally, for dinner, there’s a variety of things to choose. Multiple types of steaks (my family’s favourite is ribeye), steak burgers, pulled pork (with pigskin gelatin), Korean short ribs, beef/pork/lamb roast (during cold weather), skewers and more. Believe it or not, we’ve sometimes experienced that if we have meat (such as a steak) for breakfast, we’re not hungry until dinner!

If you think that getting deep fried chicken, or breaded chicken (such as from McDonald’s, KFC, Wendy’s, etc) is a good option, think again! The coating of that chicken is made of grains. Not only that, the chicken is really bad quality. It’s most likely to be grain fed meat, which is not good. Plus, chicken is not the best meat to have. Sure it’s a meat that we can have, but it’s not as nutrient dense as beef, lamb or pork, even if it’s grass fed. Maybe just have grass fed chicken once in a blue moon.

Snacks, you ask? Well, every once in a while, I eat dried fruit. I’m in love with dried mango, dried pineapple and dried bananas. But of course, I limit myself. But for the best snack to have, I’d recommend you to have meat jerky. It never goes bad! (Unless stayed exposed to air for a very long time)

If you’re a vegetarian or a vegan, well, your choice of diet is obviously not the best. Many people believe that eating vegetables and plants will save the planet, but can they be more wrong? It’s unmistakable that eating meat and animal fat is the one way ticket to perfect health.