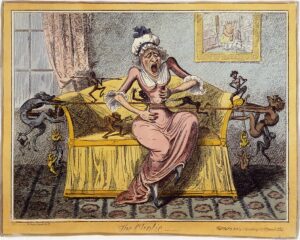 Patients on the Paleolithic or the Paleolithic ketogenic diet may not be surprised to hear that consumption of animal fat and meat is not the cause of biliary diseases. The exact reason why fat has been blamed for causing biliary problems is unknown. This is probable due to fats being blamed in general.
Why do some patients still experience “biliary” symptoms even on the conventional Paleolithic diet? And what happens if somebody whose gallbladder has previously been removed starts the Paleolithic ketogenic diet? Let us first examine what gallbladder surgery is for. A gallbladder attack is associated with cramp-like pain in the upper right portion of the belly under the ribs. The patient may hunch up, have nausea or even vomiting. The patient may have chills, and experience alternating hot and cold sweats. The pain is persistent and is caused by the gallstone entering the bile duct where the peristalsis of the smooth muscles flattens against the stone. A gallstone attack may also develop if a gallbladder full of stones contracts following ingestion of a fatty meal. In these cases surgery should be performed to relieve pain and also to prevent the stone from blocking the bile duct, possibly leading to pancreatitis, a life-threatening condition.

Surgeons do not operate on an inflamed gallbladder but later they usually recommend removal of the gallbladder. Gallbladder removal in this case is unwarranted because even if the gallbladder does not become inflamed, the symptoms might persist.

Overall, most gallstones do not cause symptoms and do necessarily pose a risk of blocking the bile duct. The presence of gallstones (with the exception of small ones) in the gallbladder should not be regarded as an indication for removing the gallbladder. If surgery is, however, performed, this will not improve preexisting symptoms because the symptoms were caused by something else to begin with.

Biliary attack or something else?

So why do symptoms persist following surgery? Because these symptoms are not due to the gallbladder but are instead caused by distension. Typically, these symptoms include pain emerging from the epigastrium, under the right ribs, around the liver and are caused by distension due to gas production from foods eaten either on the Western-type diet or even the popular paleo diet. Pain, in this case, is less intense than that coming from a real gallbladder attack. Of course, there are many who do not have a basis for comparison. Surgeons are usually “happy” to operate and nowadays gallbladder surgery is indeed a routine surgery. What most distinguishes pain due to distension from a true gallbladder attack is the absence of strong sweating and pain radiating to the back and toward the navel. Although not entirely conclusive, pain related to gas production typically starts 10-20 minutes after a meal, while only 2-3 minutes after a meal in the case of a gallbladder attack.

On the right side, below the liver there is a sharp turn in the colon which may counter the gases produced in the intestine. Gases may be produced following the consumption of vegetable oils, cereal grains, dairy, grains, fruits, vegetables, artificial sweeteners and certain spices. Given that the popular paleo diet also contains seed oils, vegetable oils and large amounts of fruits and vegetables, it may give rise to distension which may be improperly identified as a gallbladder symptom. Such pain does not constitute a real gallbladder symptom.

Based on our experience it is also clear that no such symptoms emerge on the Paleolithic ketogenic diet in those patients whose gallbladder was previously removed. The function of the gallbladder in these cases shifts to the bile duct which is able to store certain amount of bile.

“Gallbladder” symptoms on the Paleolithic diet

First let’s clarify a few biological facts. All humans around the world share the same capacity to digest animal fat and protein. Even African bushmen and the Inuit have the same enzymes for breaking down fat and protein. And even if there is a difference, this is an enzyme failure which shows up as a genetic abnormality with serious symptoms in childhood. It is a fact that even vegetarians can start an animal fat-meat diet given that the activity of enzymes rapidly adapt. This is a biological capacity and has nothing to do with our ideology. Psychological capacities, however, largely differ among humans.

Is there a need for individualization of the paleo diet?

From the above biological facts it is clear that there is no scientific basis for any individualization. If we do not have a genetic abnormality, we will be able to digest animal fat and protein. And the same is true for the production of bile. Distension and abdominal symptoms observed on the popular paleo diet, even if they emerge on the right side, are not due to gallbladder disease. They are produced by food items that do not form part of healthy eating: seed oils, xylitol, erythritol, fruits, vegetables, and the currently fashionable exotic starch-containing vegetables. Dietary supplementation and medicines may also cause such complaints given their additives (e.g. rice flour, corn starch). Even small quantities of such food items may result in gas production and distension.

We do not know of any cases where abdominal symptoms or gallbladder attack resulted from eating animal fat. This is not even the case in those living without a gallbladder due to previous surgery. The below table contains data from our 5 patients whose gallbladder had been removed. All patients were following the Paleolithic ketogenic diet, none were taking dietary supplementation. Most of them were in ketosis most of the time.

We can state that the Paleolithic ketogenic diet is feasible even without a gallbladder both on the short and long term. If there is distension or abdominal pain this is not due to the meat and fat in the diet. The popular Paleolithic diet, however, can cause such problems. Lessons from our gallbladder surgery patients on the Paleolithic ketogenic diet:

1. Previous gallbladder surgery does not negatively affect the ability to adhere to the Paleolithic ketogenic diet.

2. Symptoms, perceived as “gallbladder” symptoms by the patients, did not normalize after the gallbladder surgery.

3. Abdominal symptoms did not normalize on the popular Paleolithic diet.

4. All patients with previous “gallbladder” symptoms normalized on the Paleolithic ketogenic diet.

dr. Csaba Tóth
The author is a physician from Hungary with 20 years experience in intensive care medicine, internal medicine and family medicine. He is using the paleolithic ketogenic diet for 6 years in the treatment of chronic conditions including diabetes, autoimmune diseases and cancer.