Coffee consumption from the perspective of toxicology and nutrition. Let us see the facts. 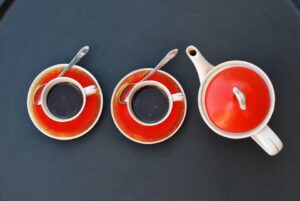 Coffee consumption from the perspective of toxicology and nutrition. Let us see the facts.

There are many recreational drugs, but while alcohol, tobacco, carbohydrates, and, above all, narcotics and intoxicants are officially recognised as having a detrimental effect on human health, coffee enjoys unwaning popularity. Coffee smells pleasant, and it always accompanies social events and simple home meals alike. Some drink one coffee a day, others several mugs – and this does not necessarily depend on national culture. The media loves the topic of coffee; an online article on coffee is bound to attract many readers and many clicks. But this article is not meant to be a clickbait. 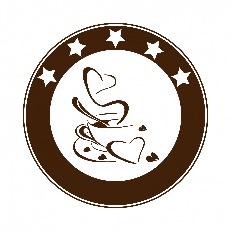 So if you are interested in the origin, cultivation and processing of the coffee plant or in consumer habits, I recommend a Google search. This article focusses exclusively on the impact of coffee on human health, and puts gastronomic considerations aside. Now, let us look at the facts. These facts differ from what we would like to hear to justify that our addiction is good. They also differ from what is in the interest of coffee traders.

You can read or hear contradictory statements about coffee on the very same day or in the very same media. In the morning, you are told that three coffees improve memory. In the evening, you hear that you must be careful because coffee consumption contributes to the development of dementia. My favourite “fact” is that, according to Swedish researchers, there is a correlation between female breast size and coffee consumption; more specifically, three coffees a day shrink the breasts, but reduce the risk of cancer. This is bad news for women who then must choose between breast size and good memory, but at least they can avoid breast cancer. But let us be serious.

From a botanical perspective, coffee is not a bean. Apparently, the term “bean” was applied in the early days, but coffee, in fact, is a fruit. It is the seeds of the fruits that are processed and then used as a recreational product.

To see the impact of coffee on human health, we must approach the issue from the perspective of toxicology. Of course, the first factor to examine is always caffeine. Caffeine is a large chemical molecule synthesised by the plant to protect the fruit from being damaged prematurely by insects and herbivores. Just like tea bush, the coffee plant contains caffeine and theobromine (the penultimate metabolite of caffeine synthesis). Incidentally, tea contains twice as much caffeine as coffee does. Obviously, these substances are also found in chocolate and cocoa. This means that caffeine is a poison which can potentially be deadly to insects; what is more, in some mammals theobromine causes deadly poisoning. Caffeine is an insecticide produced by the coffee plant as a form of self-protection.

Caffeine has been studied extensively; the results are diverse. I do not want to bore the reader with details of contradictory scientific studies on coffee. However, there are two major problems with these studies.

Although we are still at the beginning of our article, we can safely conclude that currently there is no available medical study that examines the effect of coffee reliably, and, therefore, the conclusions of relevant studies are not valid. This is why there are many contradictory statements and conclusions. These studies and their practical implications should be discarded right away.

As for substances in coffee other than caffeine, most of them change during preparation: their structure changes under the influence of heat. Caffeine, being a thermostable molecule, is an exception. It is not destroyed until the coffee beans are charred and burnt. Its molecular structure does not change when the beverage is prepared. The aroma and taste of the beverage are results of the change of other molecules, such as those which give the smell of soil and gasoline (plus, as I have mention, at least 788 more). 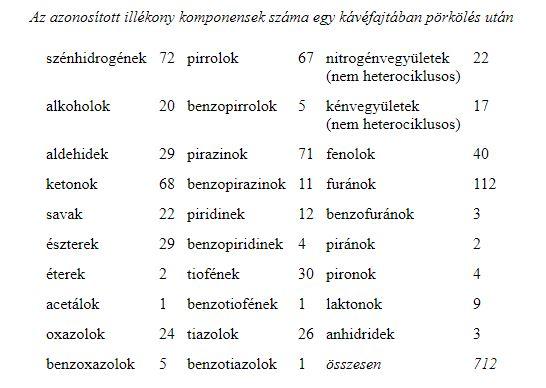 Coffee also contains various acids. With brewing, acids may break down into smaller molecules; still, plenty of them are left.

Because of the above, the details of roasting, temperature, pressure and brewing time are very important. It is possible to make disgusting coffee drinks even from the best ingredients.

The effects of caffeine are easy to sum up. Caffeine increases heart rate, and slightly increases blood pressure (only by 3–5 mmHg). It increases the cardiac output and diuresis (that is, the amount of urine), and stimulates the central nervous system. As for the latter, let us put it this way: caffeine blocks inhibitory mechanisms so that stimulatory mechanisms start to predominate, which means that caffeine clearly has an impact on the functioning of neurotransmitters. This is due to the fact that its chemical structure is similar to that of a transmitter called adenosine, and, therefore, it can bind to cells where adenosine would bind.

Most questions about coffee pertain to its impact on blood pressure. Is it advisable to drink coffee if one has high blood pressure? Does coffee increase blood pressure differently? It is impossible to say why it is retained in our collective consciousness and why medicine has left the previous piece of information as a heritage to us, but we can now safely say that coffee (more specifically, caffeine) increases the diameter of most blood vessels, and, therefore, lowers blood pressure. Coffee has nothing to do with the development of or maintaining high blood pressure. Even a few cups of coffee will not raise the blood pressure.

Another common statement is that coffee causes heartburn. Yet, in fact, relevant studies failed to take into account subjects’ diet.

Heartburn and reflux are not caused by coffee, but by cereals, dairy products and other carbohydrates consumed at the same time, such as the large amount of sugar or honey added to the coffee drink. It has been observed for nearly 10 years that coffee drinkers on a paleo-ketogenic diet do not develop reflux.

At this point, it is to be noted that most scientific publications on coffee are based on questionnaires, and, most often, on the subjective opinion of respondents. No measurements or physical examinations are conducted to substantiate the findings. This fact, coupled with the criticism discussed above, also leads to the conclusion that none of the studies are to be considered valid; not to mention that it is practically impossible to make two identical coffee drinks in which chemicals are present in the exactly same combination.

The chemical composition of coffee:

Evidently, when speaking about coffee, the products of a smaller chemical plant are listed. It is also easy to see that such substances do have an effect on the human organism.

Now, let us discuss the factors that basically determine whether coffee consumption is healthy or not.

As shown by the author’s nearly 10 years of experience in nutrition intervention, patients on a paleo-ketogenic diet (i.e. a meat/fat-based diet) often have complaints that cease once they quit coffee. Such complaints include fatigue, tightness in the throat, numbness, cramps in the calves, muscle ache, changes in vision, eczema on the scalp and back of the hands, low back pain, swelling of the face, papular rash on the back (autoimmune nodules) diarrhoea, etc. The cause of low back pain and muscle pain is rhabdomyolysis, or the disintegration of muscle cells due to an autoimmune process. This is the most sever effect of coffee.

All these complaints are clearly linked to coffee consumption. Obviously, they are not necessarily specific.

The substances in coffee, even when consumed in small amounts, increase the permeability of the natural biological membrane in the gut system, which, in turn, may trigger inflammatory, allergic and autoimmune processes. The resulting inflammation can cause, among others, fatigue. These changes and processes are shown by laboratory tests. 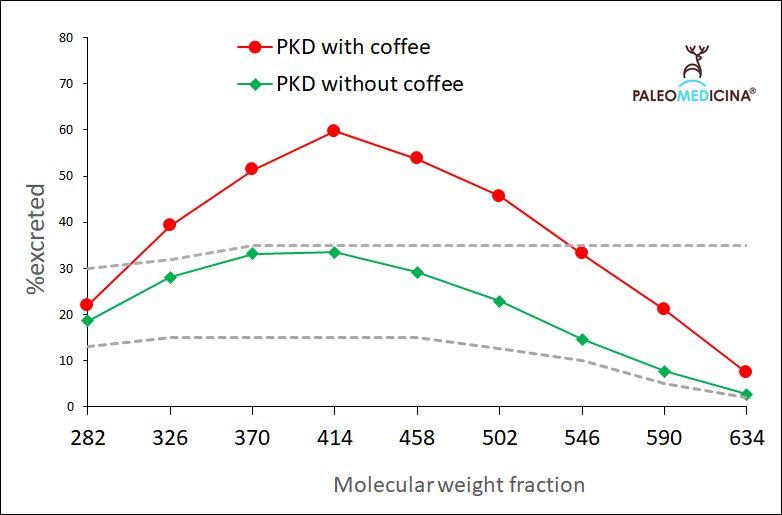 The substances in coffee drinks can also inhibit the absorption of certain nutrients, such as iron. Iron deficiency has been identified in a very large number of cases; it has not necessarily resulted in anaemia, but still remains a characteristic manifestation of coffee consumption.

As evidenced by our anamnestic data, among patients with certain diseases the rate of those who consume coffee is very high. In such cases, the consumption of tea, cocoa and chocolate can actually have impacts similar to those of coffee. Such impacts include glioblastoma (one of the fastest-growing tumours), hypothyroidism, enlarged prostate, multiple sclerosis and low back pain.

When it comes to coffee consumption, quantity and frequency obviously matter. It is very difficult to consume the lethal dose: LD50 (i.e. the amount that causes fatal poisoning in 50% of people) is approximately one cup of coffee / kg body weight. Obviously, it is not easy to drink that quantity.

It is recommended that people with autoimmune diseases or tumours quit coffee completely. People who have recovered from their autoimmune disease can experiment with coffee consumption once their intestinal permeation has returned to normal, but they should consume very small amounts, up to one espresso a day. For cancer patients, it is recommended to avoid coffee consumption for life.

Pregnant women are also advised not to drink coffee. The placenta acts as a biological membrane between the mother and the fetus, similarly to the membrane which separates the intestinal cavity from the blood. Coffee has an unfavourable effect on the permeability of the placental membrane similar to its effect on intestinal permeability. This may worsen unpleasant problems during pregnancy. Large amounts of coffee can even cause miscarriages or act as a teratogenic factor. It is better to avoid such risks.

To conclude, from the perspective of medical toxicology, coffee is not healthy. It modifies the functioning of biological membranes, and triggers inflammations, allergies or autoimmune processes. Those who still choose to consume even a small amount of coffee can expect unpleasant symptoms and effects.

Mention must be made of one more thing about coffee: addiction. Unfortunately, coffee (similarly to alcohol and tobacco) causes physical and mental addiction. The addiction can be overcome, but it still can cause weeks of discomfort and put one’s perseverance to a very difficult test. Addiction to caffeine used to be included in the International Classification of Diseases until 2010. When you drink coffee, the number of adenosine receptors on cell membranes grows in your organism. The organism senses that something is taking up the space of adenosine and inhibition is decreasing; in response, it builds new receptors into the membrane. When you quit coffee, the number of receptors suddenly will be too high, and adenosine will overwork, which means that you experience slowness, tiredness and drowsiness. These are the worst symptoms of coffee withdrawal. It is good news that this condition lasts only a few days or, at most, a week or two. Another common symptom of withdrawal is migraine-like headache, which occurs as a result of the narrowing of blood vessels. As they say, addicted persons are weak, but, fortunately, addiction to coffee is easy to overcome physiologically. But it may take a long time, even years, to give up attachment to the bodily movements associated with coffee drinking, to the smell of coffee or to the social aspects of coffee consumption.

As a doctor, I can say only what is evidenced by the facts. Coffee is not healthy. It is not clear as yet how long or in what quantities someone on a healthy diet can consume coffee without having to face negative consequences. So, I suggest that you refrain from coffee consumption, or consume it as a rare treat (black or with honey) only on special occasions, and you should drink only coffee made from real coffee beans with a real coffee maker.